A portable basketball hoop mountable on existing street furniture, making players urban planners for a game, revealing the limited free space in over-planned urban cities and the disconnect between residents and their places. 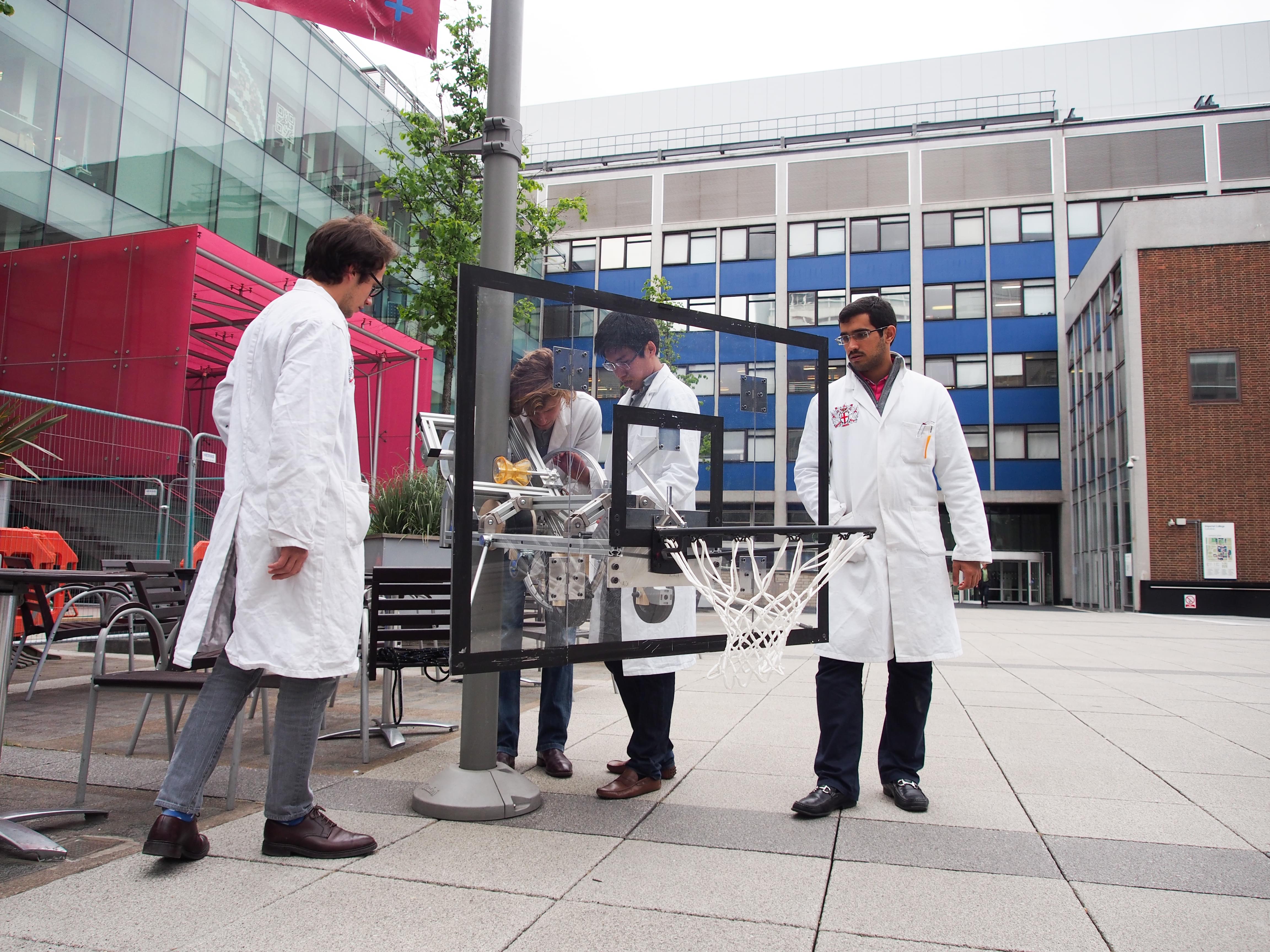 The urban city feels over-planned. It does not seem to belong to the people living there. Parking slots, road markings, and the incessant motion of the passing vehicles all suggest that these spaces were built and thought out around cars.

More than a matter of quantity of dedicated areas, the city seems itself unchangeable. Contrary to a school where the playground is intentionally kept empty to encourage serendipitous outdoor activities, there is no such opportunity outside of its grounds. The established street infrastructure and the omnipresence of signage constantly remind us of the set rules, hence discouraging any creative use of the public space.

Koala hoop is a portable basketball hoop to be quickly and temporarily mounted onto existing street poles.

Mounting the hoop is simple and does not require any special equipment. It is set-up by placing the V-shaped wheels in contact with the post surface. It is then raised from the ground to the regulatory height by pulling the rope, and is fully deployed by moving the central slider to expose a large and thick polycarbonate backboard.

The structure remains stable and rigid once mounted and is designed to withstand ball impacts 1. As the hoop does not require any permanent fixture to be attached, it can be rapidly and easily dismantled once the game is over, leaving the supporting street pole intact.

Koala hoop encourages people to have a different perspective of their cities.

As potential players wander the city to locate the perfect spot to use Koala hoop, they will diligently survey and analyse the surroundings, they will question the relevance of street furniture, and argue whether some of these fittings could be used for other activities (e.g. for a basketball game). In all, instead of passively following the official prescribed urban planning, such players will become more attentive and engaged with the city design and its infrastructure.

A functional 1:1 scale prototype has been entirely designed, manufactured and assembled, which involved the machining of multiple custom parts. Koala hoop was successfully tested: it manifested a good backboard rigidity, an easy mounting procedure, and no visible damage to the test pole when detached. Players expressed their enthusiasm about the opportunities suggested by the prototype, and enjoyed smashing the backboard.